It all started between the lines of a happy New Year message from our coordinator. Something similar to what a mother would say to her kids going out dressed too lightly: “Cover up and be careful because there is a new flu around”. Nobody really took the news too seriously and we all carried on with the New Year celebration. The same happened in one of my WeChat groups; a local girl informed us about this “new virus” and recommended not to go near a fish market that was destined to become very famous. Nevertheless, a few minutes later the conversation changed to clubs and bars and where to spend New Year’s Eve and KTVs (karaoke).

For weeks we had no communication about the virus from our school while on WeChat groups and public posts, people did not seem overly concerned. News from Chinese media was optimistic: less than a dozen infected, virus contained, not possible to be spread by people, cure almost found. Life was going on as usual, the semester was over and everyone was already packing for the long Chinese New Year holiday.

At the end of the first week of January, however, official news was starting to become inconsistent: one day they claimed no new possible cases, the day after they had to confirm new ones. On at least two different occasions it was mentioned that the virus was not lethal yet patients began to die from it. Some people started questioning whether the problem was really nothing more than a common flu. On a popular WeChat group of expats based in Wuhan, a few people started suggesting avoiding crowds and turned down invitations to parties and events. As doubt was mounting, my girlfriend and I remembered something that happened at our University’s Christmas party.

A colleague, the most active and sociable of all of us, could not make it to the party because he was sick. He stayed in bed for almost a week and we could not meet with him. The school took good care of him and brought him to a hospital where he stayed under observation for a day and then he was sent back home. We met him on New Year’s Eve and he was barely recognizable, having just recovered from the sickness. He was pale, had lost a lot of weight, weak. Of course, we do not know whether it was the coronavirus or not but it looked like he went through a tough time. Whatever it was, this personal example is one of many: people started to get more and more paranoid about whoever was sick.

It was not until the 20th of January that schools and universities began to inform foreign teachers about the gravity of the situation. By that time, however, most teachers had already left Wuhan for their holidays. Our university advised us to avoid public places, wear a mask at all times and, to those that were not in Wuhan, to avoid coming back earlier than planned. The same message was repeated pretty much all over town by other employers. 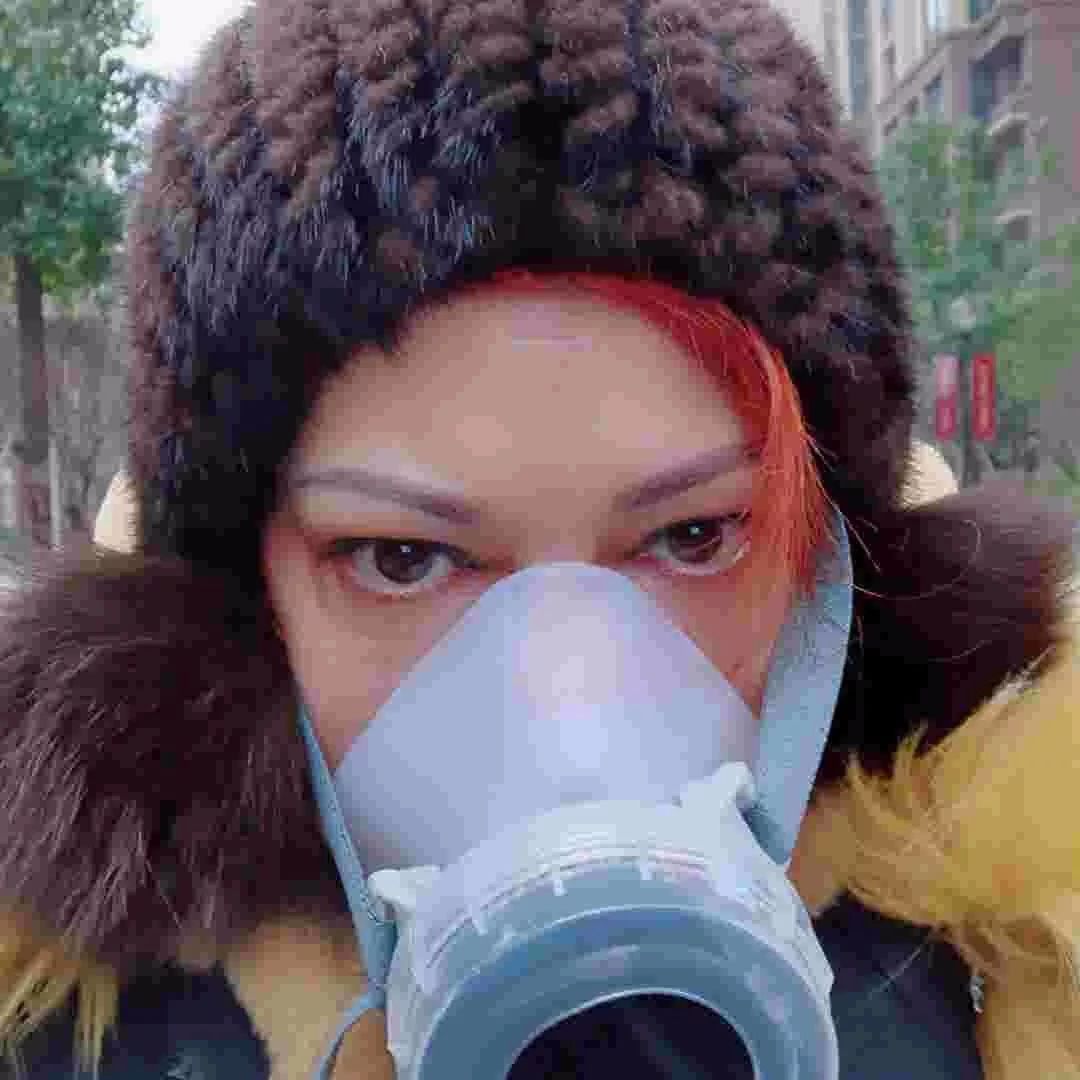 On social media, the WHO’s suggestions for reducing the risk of infection went viral, as well as the official recommendation from the local government (in Chinese and English). From then on nobody was talking about anything else other than the virus.

At the news of the lockdown, on January 23rd, many people started panicking. H. was scared because “Wuhan is very dangerous now”. D. agreed with her and added “not only Wuhan but China generally”. Some students posted pictures and videos of people stuck at the airport, train stations and highways, and were complaining that they could not return home for the holiday and were scared about the situation. Countless “stay safe” messages were sent.

On the other hand, others looked at this as a necessary measure and kept their calm and faith. Many jokes and memes were posted online by both expats and locals; J., for example, wrote that the location (outside of town) of his campus was finally good for something. Others, like D., claimed that more than the virus, they hated all the hype and panic. C., who spent more than a decade in Asia, mostly in China, calmly stated that, in his opinion, “the odds of being involved in a motor accident are still a lot higher than the odds of contracting the disease”.

Notwithstanding the growing fear, Wuhan continued to work pretty much normally for a couple more days until it was announced that “Wuhan has been closed down”. Public transportation, most public offices and shops were closed or drastically reduced their services. People were advised to stay indoors unless absolutely necessary. Videos and photos of an abandoned-looking Wuhan started showing up on social media, together with “Proud to be Wuhanese” messages inciting the locals to be strong and win this fight. The situation hasn’t changed. A local friend, P., has confirmed that everyone is now indoors, the use of cars is forbidden and, probably because it’s Chinese New Year’s Golden Week, all shops, except convenience stores, are closed.

Another friend, J., a European expat, is stuck in the campus of his university: “there are strict regulations of entering [and exiting] the campus”. When asked how he was getting fresh food he told us that “there are some supplies arranged by the school for the residents” and added “as for going to the local market, access [to and from the main gate] is closed”. He decided to stay in Wuhan, even when his country’s embassy started the evacuation plan, to show his support for the locals.

Almost two weeks after the lockdown, social media has quietened down and not much is said about the situation. On WeChat groups the topic is not discussed anymore, maybe because most people left for their holidays or were repatriated; maybe because a few days after the lockdown, a message went around dissuading people from talking about the outbreak, unless quoting or reporting official news.

In conclusion, news is getting more and more obfuscated and is starting to arouse questions and doubts in some people. An example of this could be the news about the building of a new hospital in just ten days. The vast majority of people, especially locals, were impressed and praised the government’s action. However, a few questioned the timing and the quality of the final result. Why is there a need to build a new hospital when, according to reports, the situation is contained? But also, how come a city of almost 10 million people does not have enough beds to accommodate 1,000 patients?

Other aspects that have to be mentioned, from my direct experience, are hygiene and prophylaxis. The media briefly talked about the famous fish market that seemed to have caused this epidemic. However, very few raised concerns about the general level of hygiene in public places. That market was not a special or unique case, if you have visited or lived in China, you must have seen the conditions in local markets where produce and livestock are kept in less than ideal conditions. Of course, not all markets are like this but unfortunately, it is the norm.

One final element that must be taken into consideration is transparency. Talking to locals and expats, some are of the opinion that the media played it down during December and much of January in an attempt to avoid the problem rather than solve it. However, in spite of all this, it must be said that the majority of employers were extremely helpful and understanding towards foreign teachers. They write to us every day to ask about our health, keep us updated with the latest news and information and offer all the support they can provide. As for the foreign teachers, the epidemic has caused doubts and confusion for many of them. While some are determined to stay in or return to Wuhan no matter what happens, others are afraid to return and have already decided to go back home or find alternative jobs elsewhere.

A few are just waiting for further news and do not really know what to do. The latest news says that the new semester has been delayed and there is no further information about when it will begin. Some teachers are resorting to online teaching and a few are even doing it for free just to keep busy and help “bored students” stuck at home.

It is difficult to predict what will happen and how it will affect the future of the city; we can only hope that Wuhan will grow stronger from this crisis.